Seven ways in which technology is valuable for your company

COVID-19 has brought home the necessity for a company to embrace technology. Research carried out by McKinsey shows that companies that are early-adopters of tech-based changes are currently differentiating themselves from others in their efforts to create value, adopt new technologies and bring technology and business closer together.

On the basis of this study, McKinsey has formulated seven key lessons about technological transformations.

The technological transformation activities of companies appear to be paying off. The McKinsey survey asked about ten different types of transformation initiatives. According to respondents, the initiatives their companies pursued have yielded cost reductions and improvements to employee experience. Moreover, more than two-thirds of respondents say these change efforts increased revenue from existing streams. More than half cite the creation of new revenue streams: for example, a new product line or new business.

The results also suggest that these investments are not one-off attempts to catch up. Nearly all respondents report plans to pursue at least one transformation in the next two years.

2. Being people-focused results in the most value

Across the ten transformation initiatives, respondents say that changes to their companies’ people and talent strategies are the most valuable. Companies that have changed practices to attract, retain, and upskill talent report the greatest positive impact.

Meanwhile, those that pursued changes to their sourcing strategies report a significant impact on three of the four measures: realising new revenue streams, reducing costs and improving employee experience.

Yet even though the people-focused initiatives link most closely with value creation, companies remain reluctant to pursue these in the future. Instead, the largest share of respondents predict their companies will pursue digitalisation of the end-user experience, scaling up of data and analytics, and enhancements of IT architecture.

3. Talent remains the holy grail of technological transformations: valuable to pursue but difficult to execute

Not only do the transformations focused on talent strategy stand out in their value potential, but they are also much more commonplace at top-performing companies. The need to attract talent is universal. Respondents believe that more than 40 per cent of their workforce will need to be either replaced or fundamentally retrained to make up for their organisations’ skills gaps. But only 15 per cent of respondents say their companies actually plan to pursue a talent-strategy transformation in the next two years.

Talent also appears to impede progress at the companies that have not pursued technological transformations: 42 per cent of respondents say that it is difficult to source the talent they need.

4. The talent challenge has clear implications for sourcing

Moreover, the top-performing respondents report using a slightly larger suite of technologies. Out of the six that were asked, nearly one-quarter of top performers say their companies used four to six advanced technologies.

7. Bridging the business-technology chasm is critical to better performance

Top performers follow several practices that foster a stronger partnership between technology and the business. At top-performing IT organisations, 57 per cent of respondents say their senior leaders are very involved in strategic planning.

At these organisations, IT and business teams are also much more likely to work together to both develop strategy and deliver technology. Finally, the top performers are much more focused than others on measurements, even for metrics that are not technology-specific. According to respondents, top-performing companies are more likely to track their technology organisations’ performance as well as team performance across the company, using more business-oriented metrics such as user satisfaction, time to market, and financial impact.

How 12Build can help you

12Build is the solution for the lack of productivity. Over the past 13 years, we have implemented 12Build for more than 800 main contractors throughout Europe. They confirm an immediate efficiency increase of over 30 per cent.

At present, when you receive quotes via e-mail and send plans via WeTransfer, you constantly have to search for the e-mail address and ask your colleagues whether there has already been communication. With 12Build that is a thing of the past. All communication and storage are automated. So no more manual processes, e-mail and Excel overviews. Rather, all the information and responses are available at a single secure, central location. 12Build gives you more time for those things that really matter.

Two reasons cited by main contractors and construction specialists not to digitalise are costs and time. With 12Build, we guarantee that costing, procurement and planning are able to work immediately and at ease after just three hours training. Main contractors also benefit from a significantly improved ROI (return on investment) from day one. In all the projects we have worked on over the years, we have witnessed savings of between €10,000 and €300,000 per year!

The 12Build system also becomes intuitively smarter the more often and the more intensively your organisation uses it. The knowledge of you and your colleagues will all continue to accumulate within 12Build. Knowledge will no longer be lost, because everything is stored in the right way. If you would like learn more, just leave your details behind and we will get in touch with you. 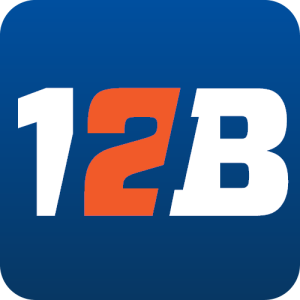 Also interesting for you

Why construction software has become essential

5 planning mistakes everyone makes and how to avoid them

Construction projects that are behind schedule are no exception. The schedule is often the first piece of documentation a client receives to demonstrate the professionalism of the main contractor. It’s key to establishing credibility in an increasingly competitive industry.